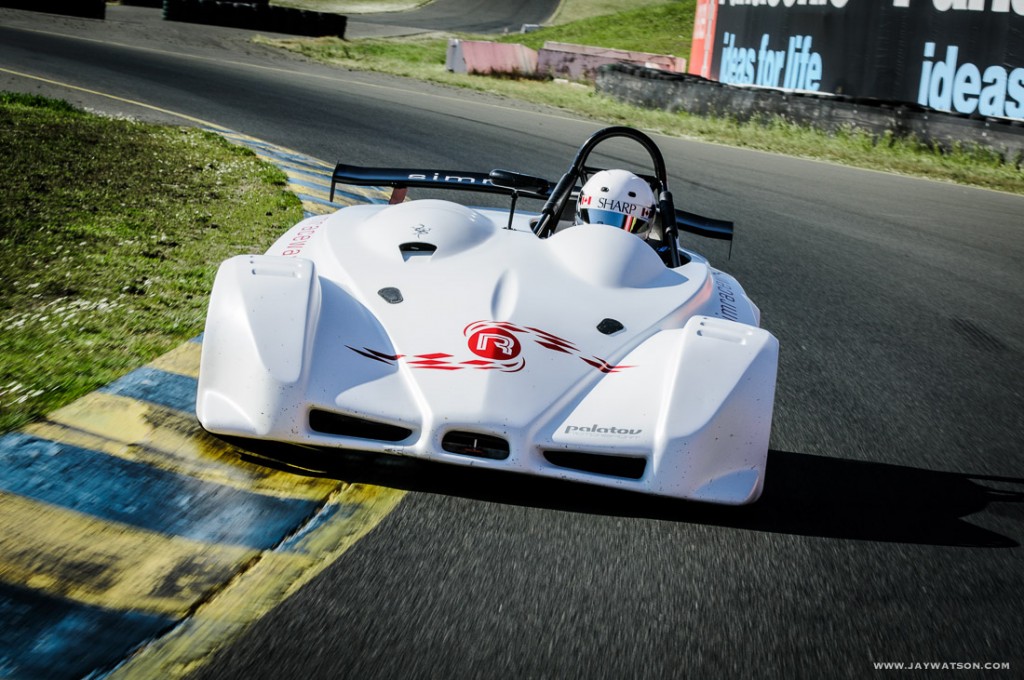 Here is the Palatov D4 race car designed by Dennis Palatov being track tested at Infineon Raceway in Sonoma, Ca. One goal for this outing was to compare the results against a race simulator by Simraceway. These are some of the images which ran in the British car magazine EVO, and in Sympatico Autos (Canada). Above is Brian Makse, an auto racer and automotive journalist driving the Palatov D4. Makse lives a life of constant travel test driving new production models and exotics for various publications. Tough life huh? One of the highlights of this job was shooting on the track from the back of an open SUV while the Palatov zigzagged alongside. It was just an SUV, but the driver was a racing instructor who knows the course inside and out. 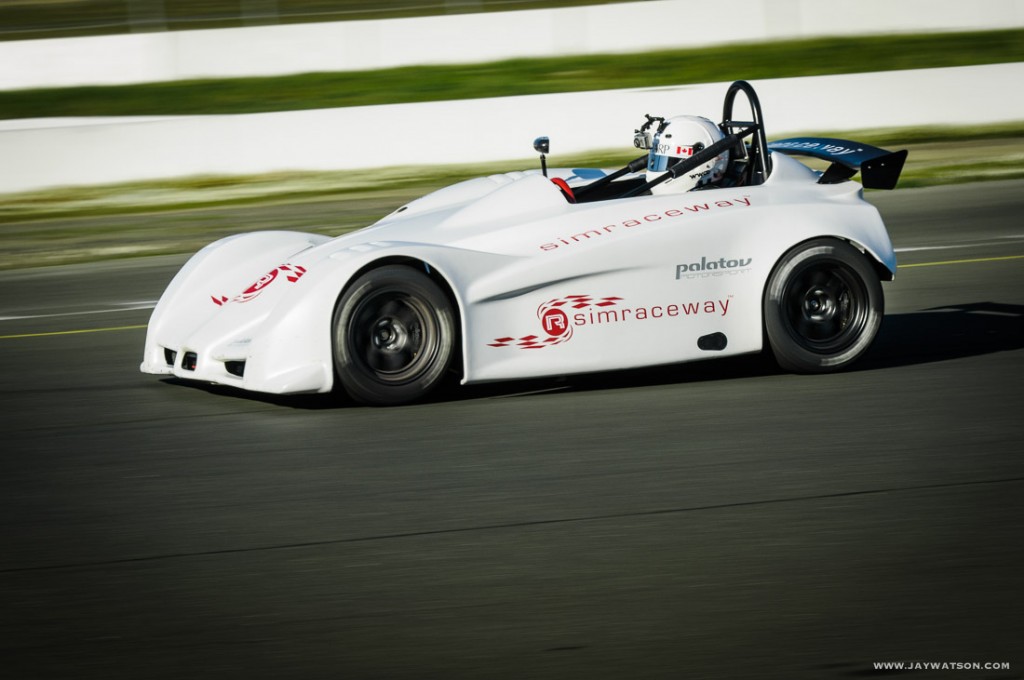 Brian Makse with his GoPro helmet cam at Infineon Raceway. At one point there were more cameras mounted to the Palatov than tires. 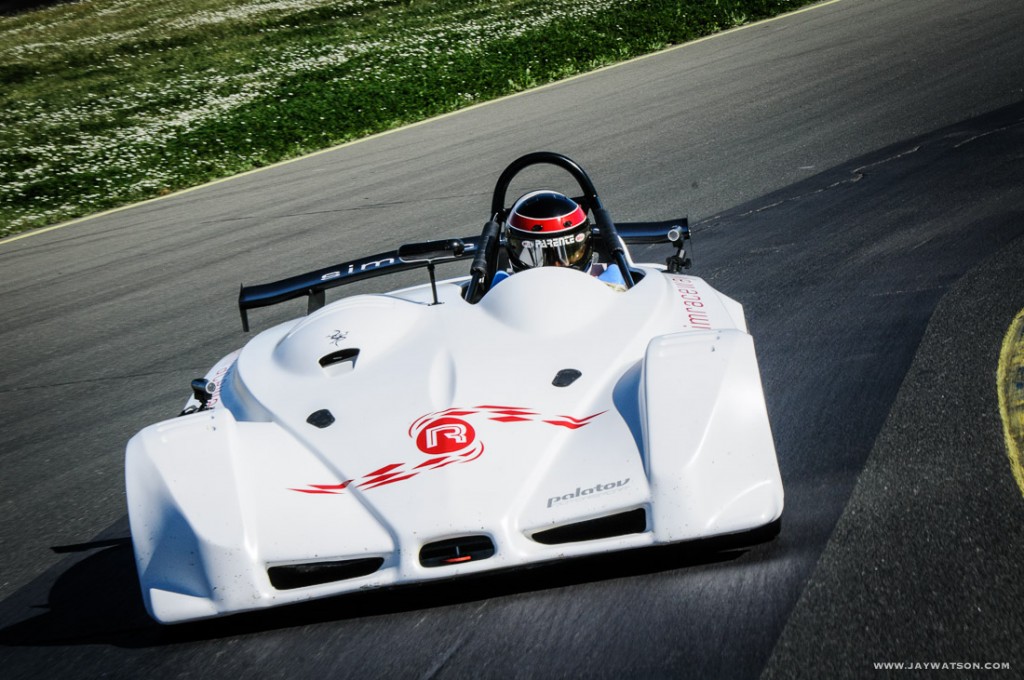 Auto racing expert and journalist Leo Parente was also called in to get behind the wheel of the Palatov. Leo provides great insight with is knowledge of racing. It was fun to watch him play back his video clips from the car mounted cameras. He was a kid in a candy store. Racing heads might appreciate the full report of the Palatov D4 on Leo Parenete’s YouTube channel. Some of my photo gear shows up in the background on a few clips. 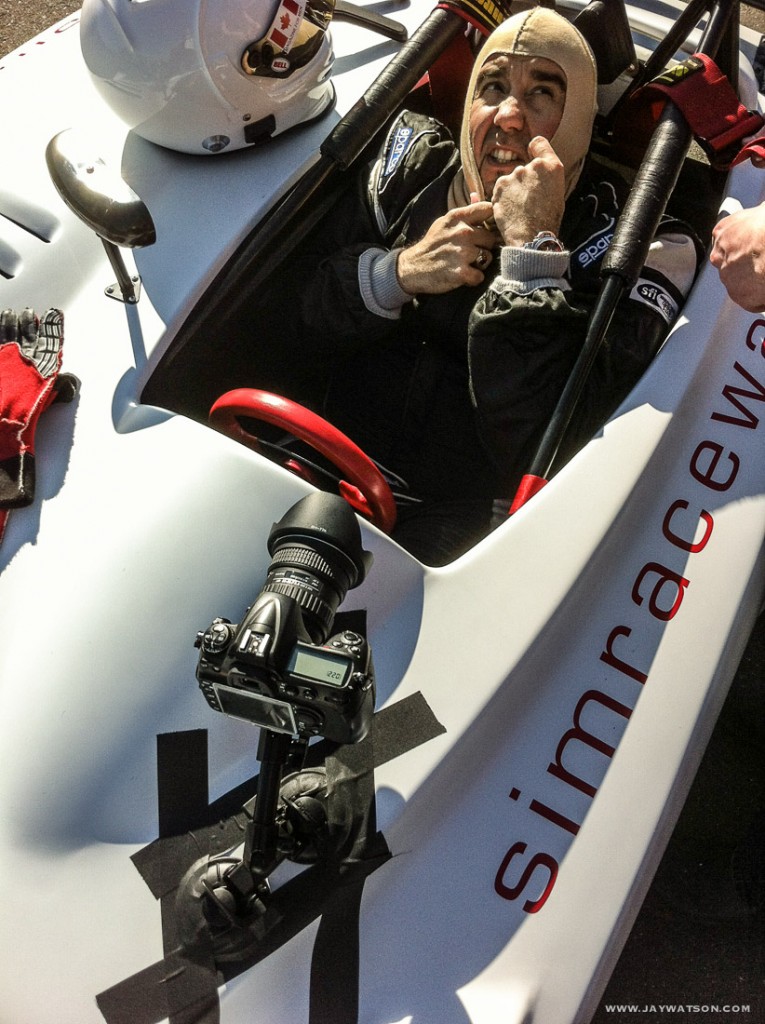 Behind the scenes of Brian Makse at the wheel and my Nikon DSLR with a wide angle lens double suction cup mounted to the Palatov. Image shot with my iPhone.

Results from the DSLR suction cup mounted to the Palatov body. Shooting with in-camera blur (panning) is risky. It takes multiple attempts which is not always possible while on assignment. With too much blur the driver and car will blur into the background. Too little blur causes the car to look like it is parked which is the opposite goal of auto racing! This image was triggered with the in-camera intervalometer set to fire every 2 seconds. That gave me coverage of the entire course and allowed me to pick the best lighting/background combo later when behind the computer.

Here’s Brian Makse heading out for a lap via my Nikon DSLR. This image was processed through both the Snapseed iPhone app and Photoshop. Just because and just to experiment. 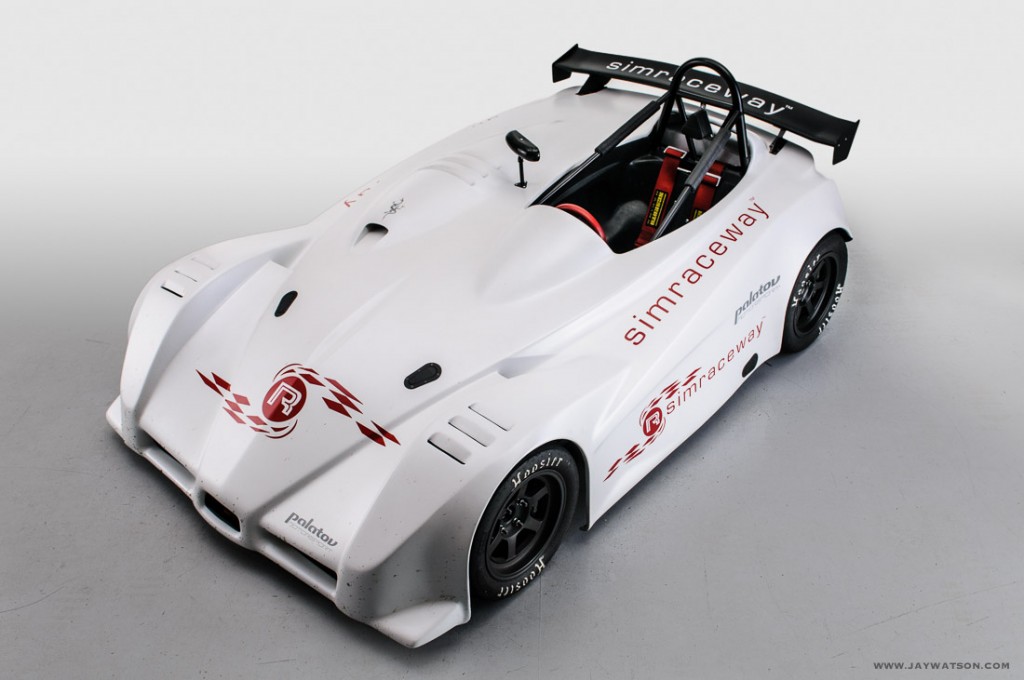 The Palatov D4 race car shot in the studio after it’s track session. Dennis Palatov is an amazing designer. 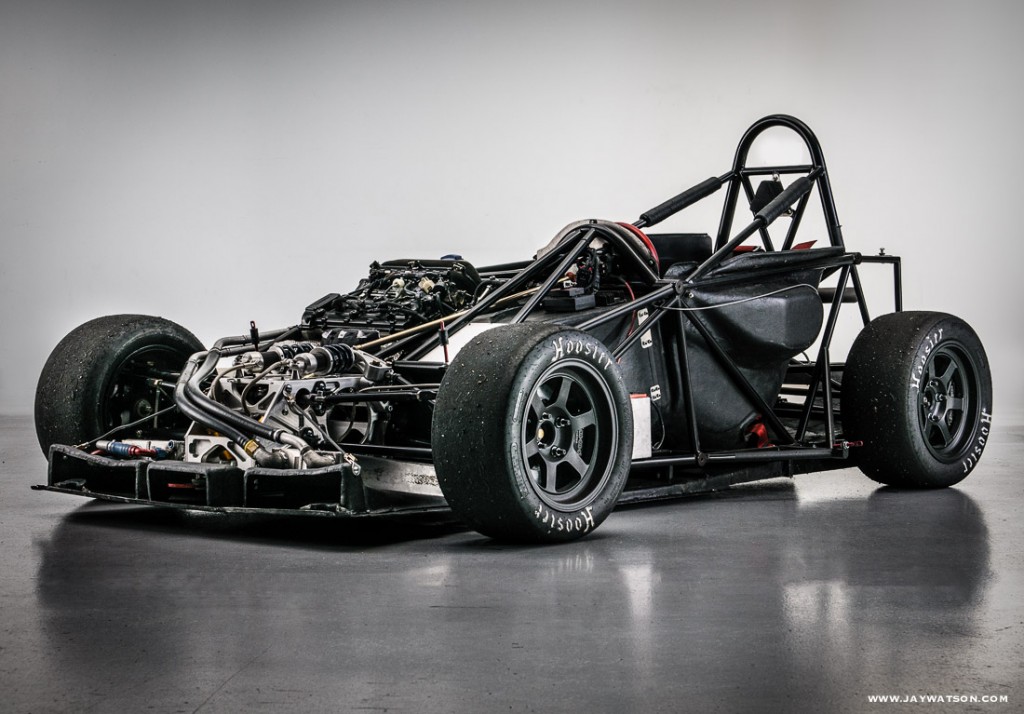 Under the shell of the Palatov race car. Two D4 models were brought down from Seattle just for this special closed day at the track. 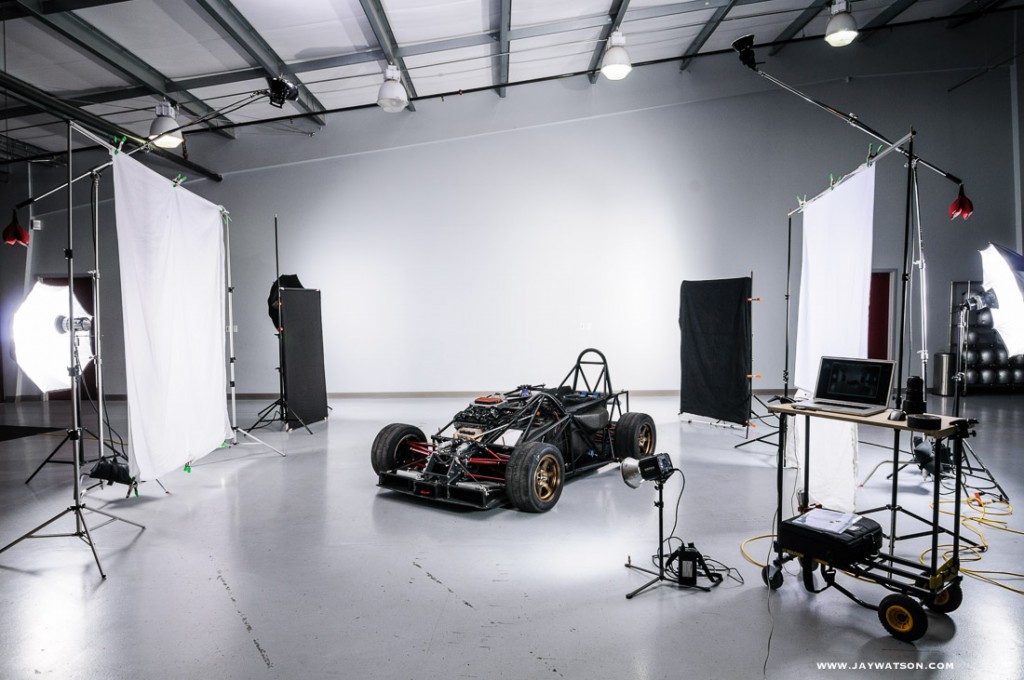 Behind the scenes set up for the car studio shots. 8 lights and 2 power packs, 13-14 light stands. A new technique for shooting cars has involved walking around the set and hitting each wheel with a gridded strobe while the camera is on a tripod. The images are then combined in Photoshop. It saves time on the set and reduces the amount of equipment needed. 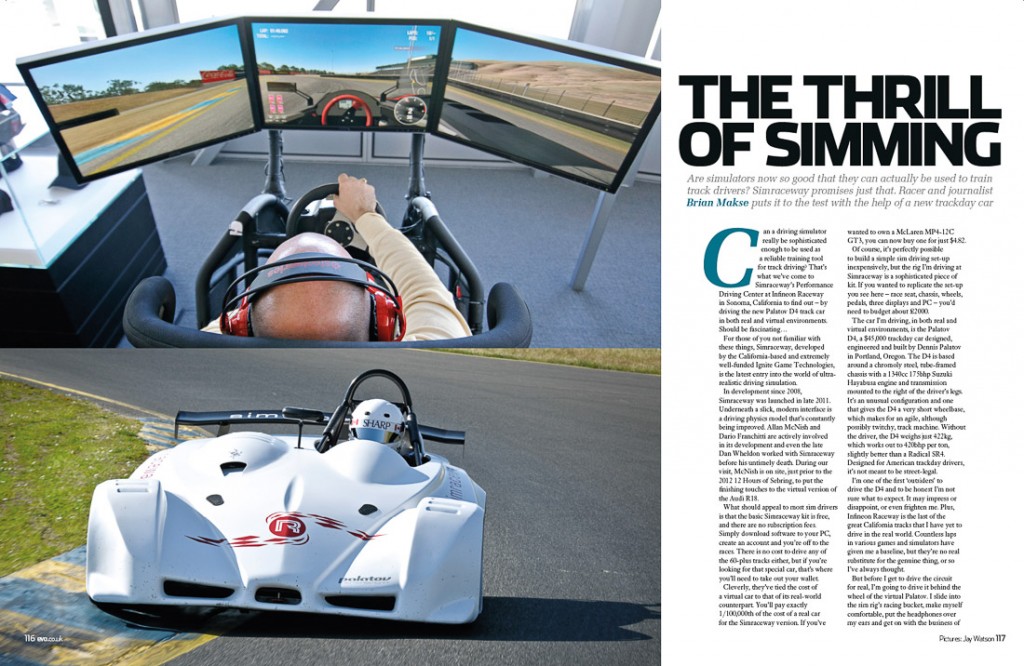 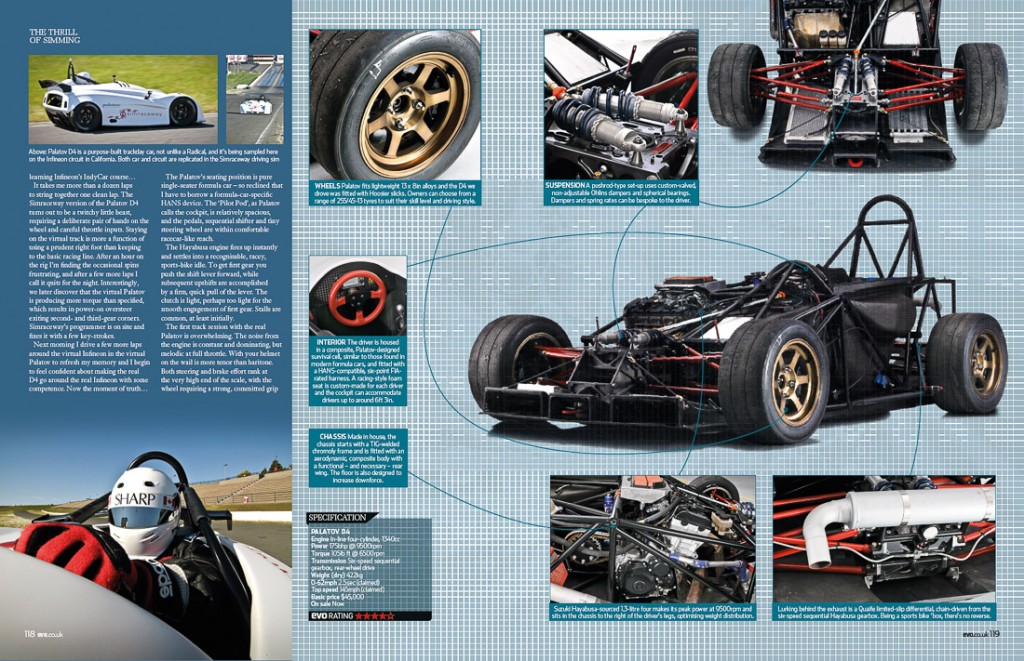