Halloween allows everyone to explore in the mysteries of the unknown, but photography has always been connected to the unknown. Unfortunately, the gods of science played tricks on the early pioneers who tried to master the process. Ask anyone with a camera if they can explain how it works and give them a treat if they are correct. Then another if they have read the manual. 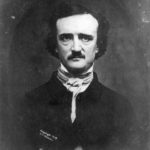 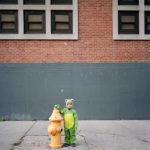 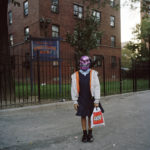 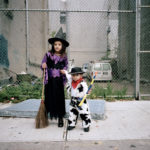 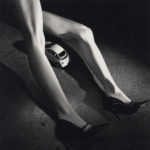 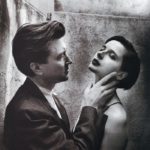 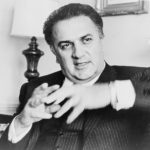 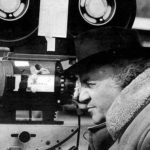 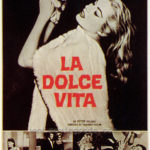 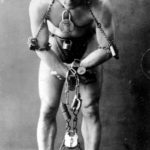 Above are a few photographs that tie photography to Halloween. A few interesting facts are included in the captions. For some artists, film makers, entertainers, and photographers Halloween will forever be associated with their name.

Houdini’s death was not the result of a tragic accident during a performance. The great escapist was a Halloween victim of pride and from being punched one too many times in the stomach.

It has been speculated that Houdini was killed by a McGill University student, J. Gordon Whitehead, in Montreal. Houdini died of a ruptured appendix, caused by Whitehead delivering multiple blows to Houdini’s abdomen.

The eyewitnesses were students named Jacques Price and Sam Smilovitz (sometimes called Jack Price and Sam Smiley). Their accounts generally agreed. The following is according to Price’s description of events. Houdini was reclining on his couch after his performance, having an art student sketch him. When Whitehead came in and asked if it was true that Houdini could take any blow to the stomach, Houdini replied in the affirmative. In this instance, he was hit three times, before Houdini protested. Whitehead reportedly continued hitting Houdini several times afterwards, and Houdini acted as though he were in some pain. Price recounted that Houdini stated that if he had had time to prepare himself properly, he would have been in a better position to take the blows.Although in serious pain, Houdini nonetheless continued to travel without seeking medical attention. Harry had apparently been suffering from appendicitis for several days and refusing medical treatment. His appendix would likely have burst on its own without the trauma.

When Houdini arrived at the Garrick Theater in Detroit, Michigan, on October 24, 1926, for what would be his last performance, he had a fever of 104 degrees F (40°C). Despite a diagnosis of acute appendicitis, Houdini took the stage. He was reported to have passed out during the show, but was revived and continued. Afterwards, he was hospitalized at Detroit’s Grace Hospital.Houdini died of peritonitis from a ruptured appendix at 1:26 p.m. in Room 401 on October 31 (Halloween), 1926, at the age of 52.

After taking statements from Price and Smilovitz, Houdini’s insurance company concluded that the death was due to the dressing-room incident and paid double indemnity.

Don’t get puched in the stomach. Happy Halloween!

2 Responses to A Brief Photo History On Halloween