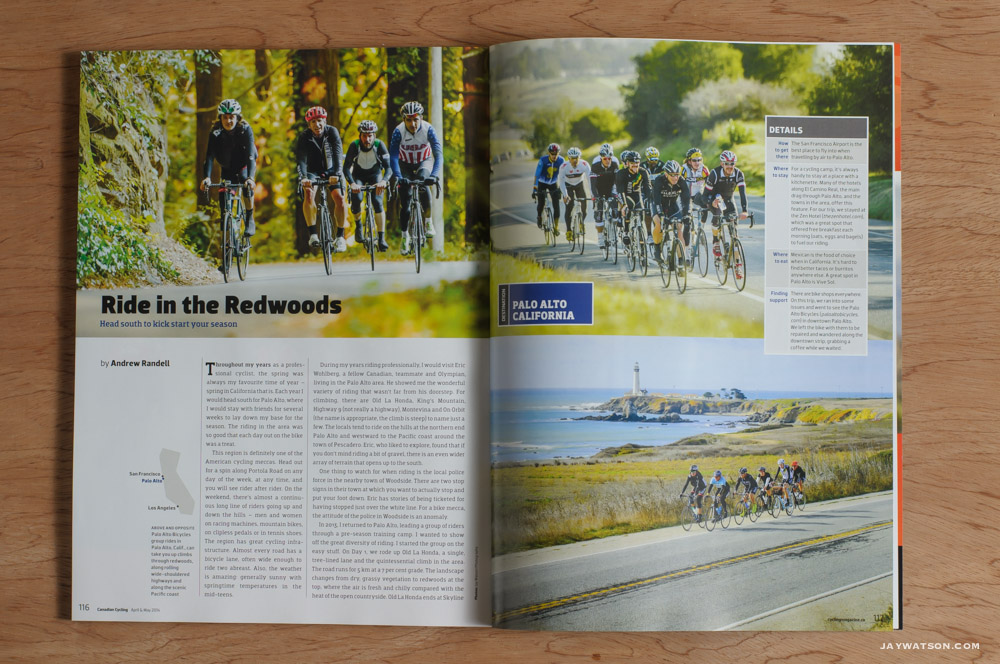 The May issue of Canadian Cycling Magazine features the work of a long time cyclist and Bay Area photographer (me). Included is a series feature on cycling in Palo Alto, CA. In addition, the issue includes outtakes for a piece on nutrition. No word on whether I get to shoot (or ride) in Canada for the next assignment. The images include some classic Bay Area climbs starting in downtown Palo Alto, through the redwoods of Old La Honda, a descent down highway 84, over Haskins to Pescadero (not “Haskins the hard way” which is the same road going the other direction), and along the coast past the Pigeon Point Lighthouse.

There is a huge symbiosis between photography and cycling, because there are two objects in this world that connect everyone together. Cameras and bikes. Everyone has a story involving one of those two things. “My father gave me a great camera but I lost it,” or “I wish I still had my first BMX bike.” Or… you may wish you didn’t go over the guard rail in the Marin Headlines while your rims were wet because it was raining and you just installed new break shoes on your bike.