The 2014 winner of the Titans of Mavericks Surfing Contest was Grant Twiggy Baker of South Africa. This year’s conditions were significantly better than the 2013 contest with a few heats seeing waves close to 40ft. Baker was aggressive and made the most of the opportunity. I didn’t shoot the contest this year, so here are a few outtakes of Twiggy I shot from the 2010 contest at Mavericks on a day with +50ft waves. 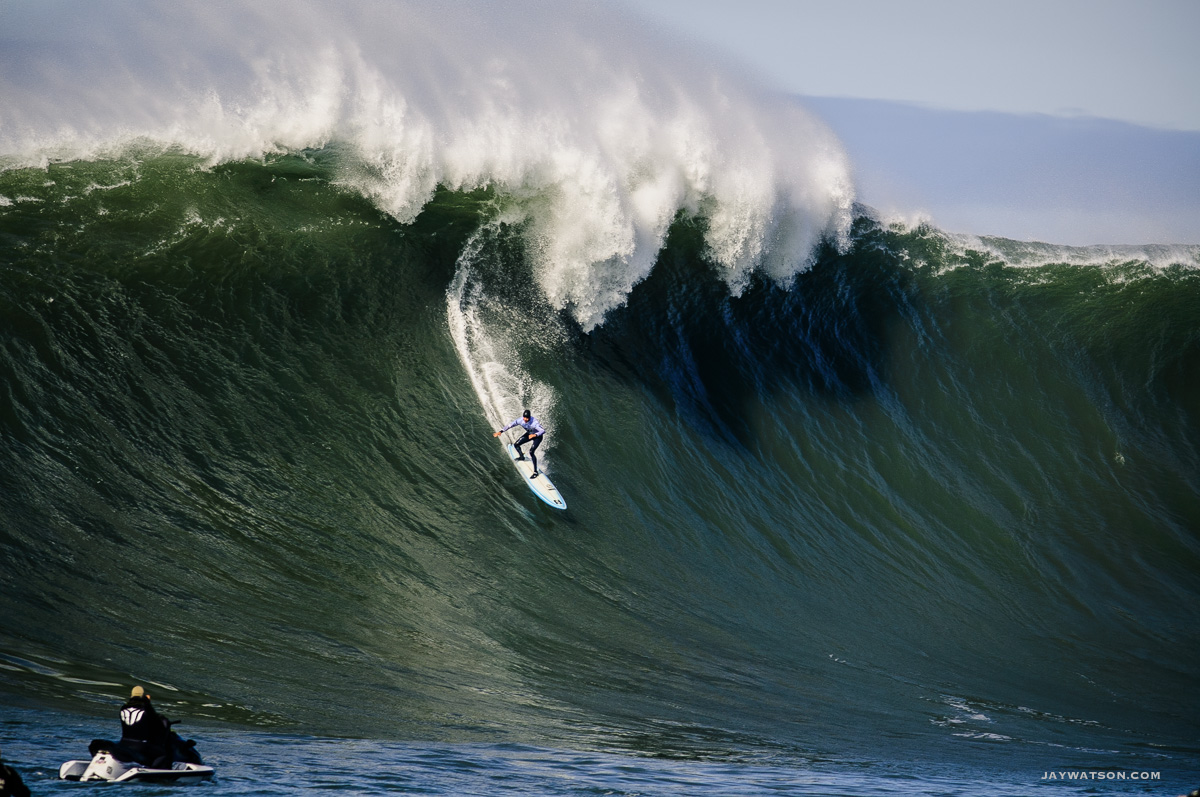 1 of 2. Grant “Twiggy” Baker going to work on a +50ft day. Notice he isn’t plucking this one off on the shoulder. 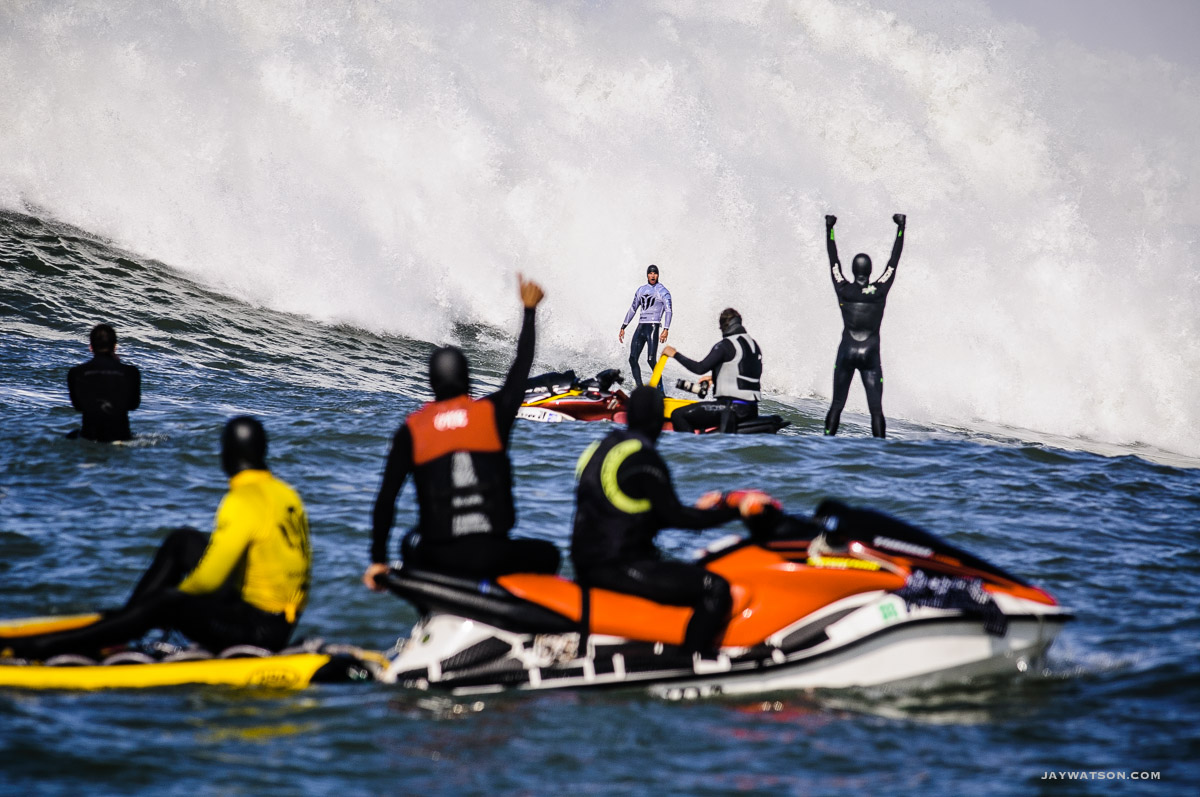 2 of 2. “The Reaction.” Grant Twiggy Baker at Mavericks. We all appreciate a little bit of recognition from our peers.

Note: You can see my entire coverage of the Mavericks 2010 surfing contest for Drift Surfing here.

Shooting Mavericks
Mavericks requires preparation prior to the shoot and you could be exhausted before you even start. Since public interest of a sporting event only has a 24 hour shelf life, after a long day of shooting you have to edit quickly and/or pull a late night working on the content. Add to this the cost of your equipment (purchased + rented) and expense for a spot on a boat. If a client isn’t fronting the bill – expect to pay $300-$700 to cover the event. So if you are not there on assignment would you do this for free? It’s a thrill. It’s rewarding. It’s a lifetime experience. However it’s also a risk. What if the conditions bring small waves like they did in 2013? You could be out a decent chunk of change without many images of surfing.

It’s Not 2010
Today, an official “media pass” from the organizers will grant you access to “The Mavericks Festival” not the contest. It’s basically a parking lot with a jumbotron and food vendors. No beach access (1 mile from the action). No cliff access (requires a 400mm lens). No boat access ($$). However getting on a boat does not necessarily provide good access. Boaters have to fall in line with orders from the harbor patrol and coast guard. They keep everyone safe, but in doing so they require boaters to continuously troll in a counter clockwise rotation to keep traffic moving. In 2013 it seemed like the sets only appeared when our boat was on the wrong side of the circle. An expensive happy place too far from the action.

Cue The Live Webcast + GoPros
This year the live webcast had excellent coverage and I watched it from the comforts of my office with hot coffee. It was nice to finally know who was surfing and when the heats ended. Basic info like this is often just a guess when you are shooting from a boat, and it’s the reason why I’ve seen many images posted online with an incorrect surfer credited for a wave. The webcast also mixed in video footage from cameras mounted to the surfer’s boards. Man does that change the game for live coverage. You can’t beat it! No photographer can safely place themselves in the impact zone during a big wave contest, but a GoPro can.

See the clip below of Mark Healey caught inside with a 25ft sneaker wave coming at him during Heat 1 of the 2014 Mavericks contest. The video was edited. Healey was held under for 2 waves which is much longer than it appears here. The expression on his face leading up to the hold down shows the weight of the moment. A photographer could only get closer to the action if they were selected as one of the 24 contestants. Good luck with that.

Don’t get me wrong. Shooting the contest in person is still better than viewing it as a spectator from a computer. I’ve done both.