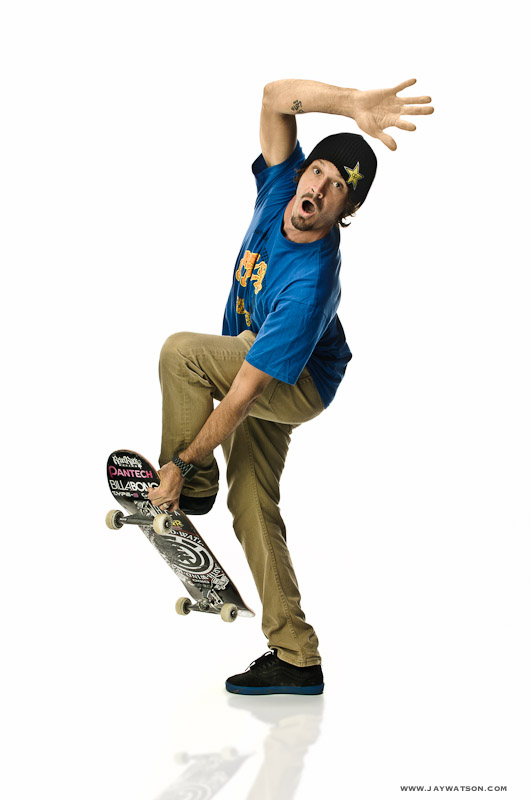 The April issue of The Skateboard Mag ran a double page spread with 16 of my portraits in their editorial section called “Exposed.” They asked me to write a few words about this ongoing series that includes portraits of both pro and amateur skateboarders, but I forgot to mention the obvious. This work is extremely rewarding! The 14 year old kid inside is extremely thankful to have these opportunities and friendships. This is not just “photography” – it’s part of my life. These images were photographed in San Jose, Santa Cruz, and Encinitas over the course of 6 different photo sessions. They are a small slice from what I have already shot, and I will continue to shoot more when I can.

Ironically there has been some internal pressure building inside over these portraits. I feel like I owe it to everyone who has been photographed to turn this project into something worthwhile. A book? A gallery show? I am not sure. For now I just want to skate and keep shooting, then figure out what to do later. If you have any suggestions, I’d love to hear them. 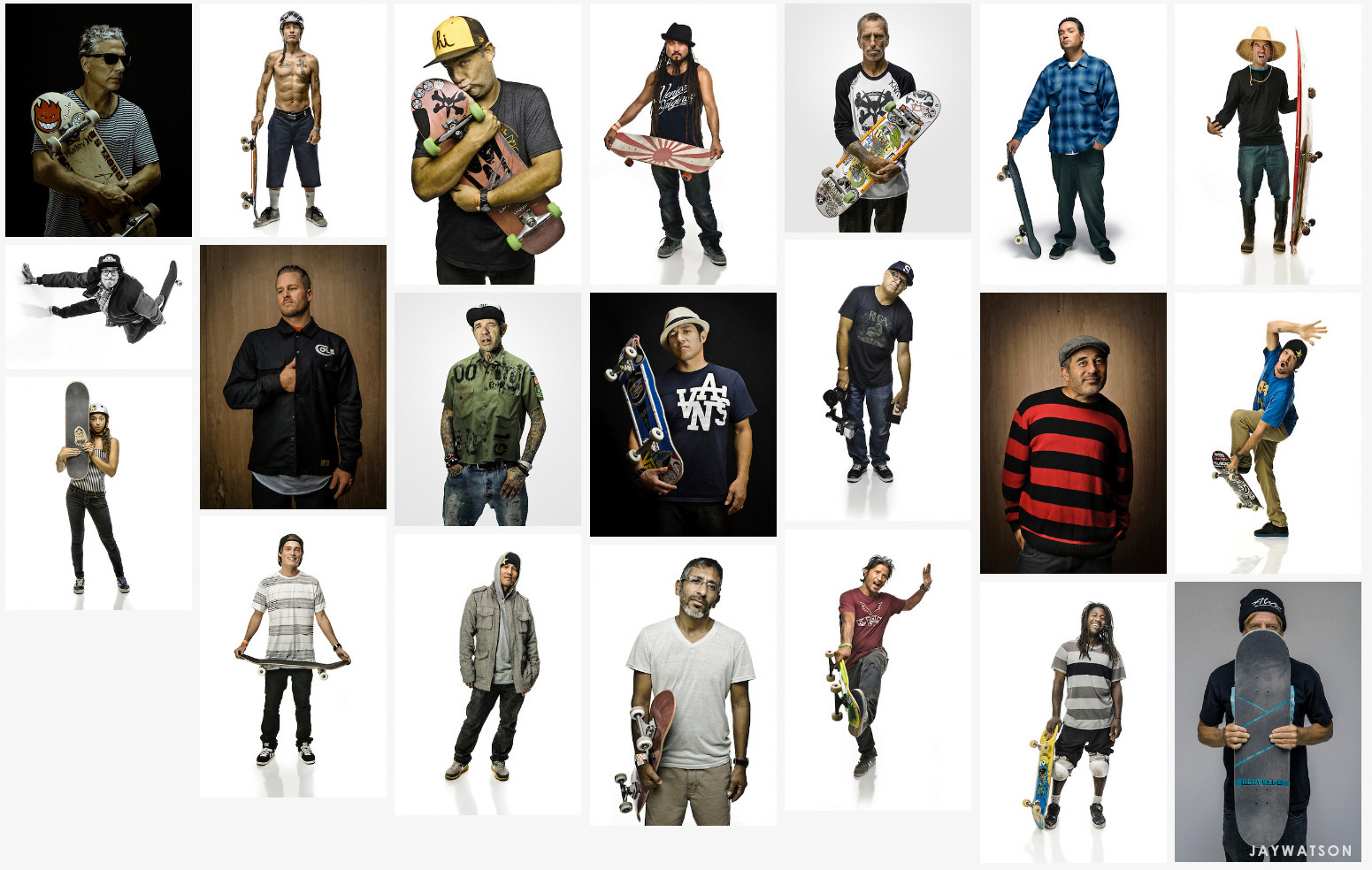 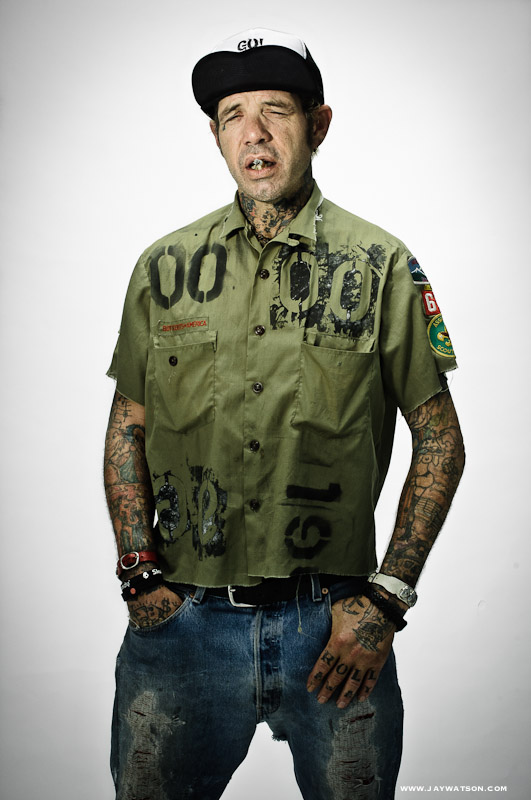 Words from The Skateboard Mag:

It’s hard to photograph skaters when I’d rather be skating myself, so shooting portrait set ups instead of action has been my way around the problem. This series began with the idea to document skateboarding friends in Northern California, but the project unexpectedly evolved into a collection of something bigger. It’s about roots, history, and concrete. Groms and legends. I’m grateful for everyone who has been so willing to participate. I attribute it to skateboarding’s brotherhood and for the shared love of a grind. People appreciate the admiration that comes with spending even just a few minutes to be photographed. I just want that respect to come out in the photos, or at the very least show a glimpse of what each person’s skating style is like through their portrait. Thank you skateboarding. 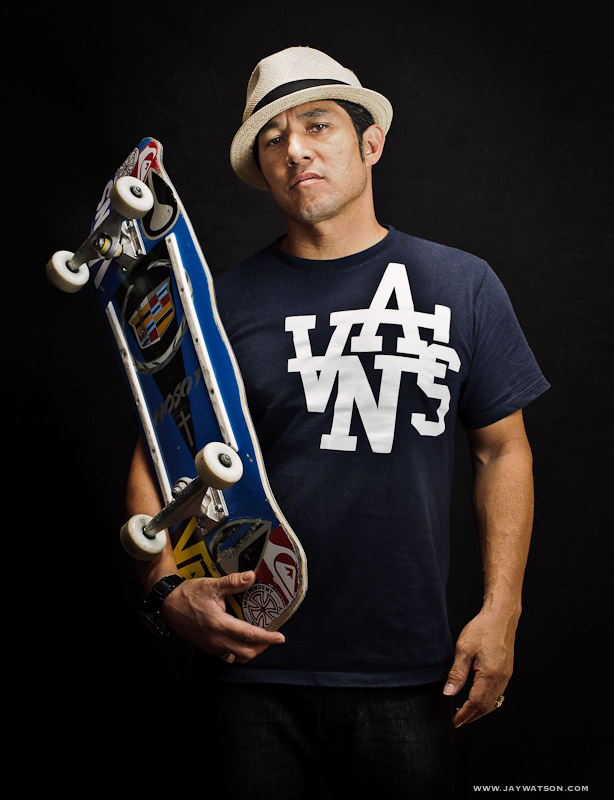 Three facts about these skaters:
1) Duane Peters would make an excellent boy scout leader.
2) The first time I saw Bucky Lasek skate was at a street skate contest at Patterson Park in Baltimore, MD roughly 25 years ago. He won first place. I was disqualified for jumping off the judge’s table.
3) The portrait of Dave Swift (in the gallery) is one of the last photos of him before he got his front tooth fixed.

A big thanks to Grant Brittain, Steve Caballero, Steve Potwin, Bucky Lasek, Judi Oyama, and Pineappleluv for the support.

2 Responses to Tearsheet | Portraits In The Skateboard Mag