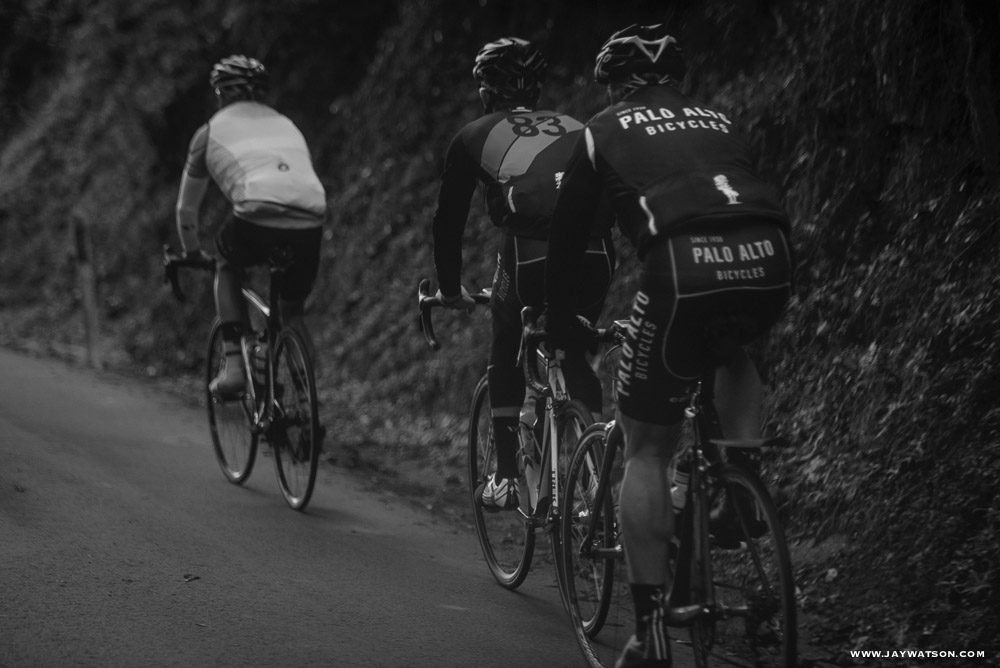 My first bike was a yard sale gem. It had 20″ wheels and the forks were raked out like a motorcycle chopper. I was crushed when the cranks broke. It was a repair that cost as much as a new bike. The only problem was I didn’t want a new one.

If you are a cyclist you have ridden or read about the epic road rides that start, loop, or end in Palo Alto, CA. A decent cyclist can be out of town and in the country within 30-60 minutes of saddle time. Once you make it over the first climb – you’ll be in the rolling hills of Northern California. A little bit farther – you’re at the coast. Palo Alto is a Bay Area cycling mecca. It’s also the home of Palo Alto Bicycles which is one of the oldest bike shops on the west coast. Below are some outtakes from a photo shoot with the staff of Palo Alto Bicycles. The Northern California roads look pretty good and so does the shop’s new apparel.

2) On the roads you’ll see large group rides, pros training, retired racers rolling at the same speed as in their prime, and a random kid on an old 10-speed that’s too big for him gunning it up Old La Honda.

3) A man standing on University Ave with large Foldger’s coffee cans around each ankle. You know – for protection.

4) Cyclists can be spotted wearing full fingered gloves and earmuffs in 95° heat, or riding with nothing but shorts and a cotton t-shirt on early morning winter rides in the rain.

5) Robin Williams once did some impromptu stand-up in the repair shop of Palo Alto Bicycles, and I once met Steve Jobs there. We talked about bike technology and wheel designs.